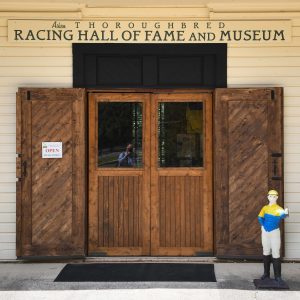 Located in the City of Aiken’s Hopelands Gardens, the Aiken Thoroughbred Racing Hall of Fame and Museum should definitely be on a visitors list of attractions to experience while in Aiken. The museum has been recognized as South Carolina’s Best Equestrian Attraction in 2012, 2016 and 2020.

Opened in 1977, the museum is located inside the Carriage House. The Carriage House was built in 1902 as part of the original estate of Mrs. C. Oliver Iselin, a noted horsewoman and Winter Colony resident. Mrs. Iselin generously left Hopelands Gardens to the City of Aiken after her death in 1970. The restoration of the Carriage House and the creation of the Hall of Fame began as a project of the Aiken Jaycees with eventual help from Joan and Whitney Tower. Mr. Tower, at the time, was the Vice-President and Chair of the National Museum of Racing in Saratoga Springs, NY, as well as the racing editor for Sports Illustrated. 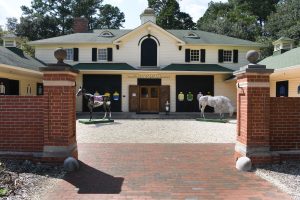 About the Aiken Thoroughbred Racing Hall
of Fame and Museum

Since opening on January 23, 1977, thirty-eight horses have been inducted into the Hall of Fame. Members include both flat racers and steeplechase horses that have spent some part of their training career in Aiken and were named a National Champion (distinction prior to 1971) or who have won an Eclipse Award (since 1971). Each are immortalized by a plaque on the museum’s wall. 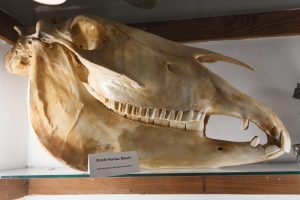 The main part of the museum houses numerous exhibits that include Equine Dentistry, Latinos in Horse Racing, Aiken’s African American Contributions to the Horse Industry, a collection of trophies won by Cragwood Stable, the Whitney Tower Research Room and children’s rooms. 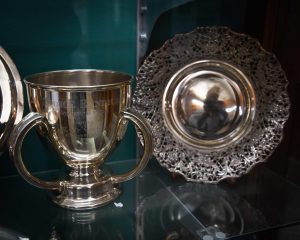 Schulhofer. They are all members of the National Racing Museum Hall of Fame in Saratoga, New York.

One of the highlights in the museum is the Dogwood Stable room. This room honors the accomplishments of Cot Campbell the creator of shared ownership in racehorses through organized partnerships. Memorabilia, trophies, and photos depict the history of the Dogwood legacy, which spanned five decades, including the winner of the 2013 Belmont Stakes, Palace Malice. 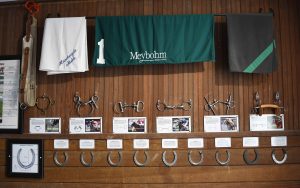 The museum offers a variety of educational opportunities, talks, exhibits, book signings, backstretch stable tours and kids’ art classes all coordinated by Lisa Hall, the museum’s coordinator.  There is also Kids Fun Zone Stall where they can ride “Hitch” our Equicizer™ while wearing real jockey silks.

The museum has an active Advisory Board who helps with the promotion and development of programs at the Museum as well as suggesting ways to improve the facility.

Mark Your Calendar Breakfast at the Gallops and The Aiken Trials 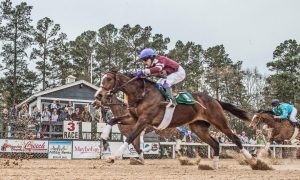 The major fundraiser of the Hall of Fame’s Advisory Board is the Breakfast at the Gallops. This event is held the day prior to the first leg of Aiken’s Triple Crown, the Aiken Trials. Beginning early in the morning, members of the community gather for two hours at the clockers stand at the finish line of the track to watch the horses train at the Aiken Training Track and enjoy a catered breakfast. 2023 will be the fifteenth annual event.

The Aiken Trials are held the following day on Saturday at the historic Aiken Training Track. An afternoon of races for two-year-olds, older horses and pony races will be featured. The jockeys are local exercise riders who have an afternoon in the spotlight.

The Aiken Thoroughbred Racing Hall
of Fame and Museum is one of the top equestrian attractions to see in Aiken, SC. Stop by and learn about the great tradition of racing and Aiken’s role in it.